Etymology of food: the etymological marriage between food and love 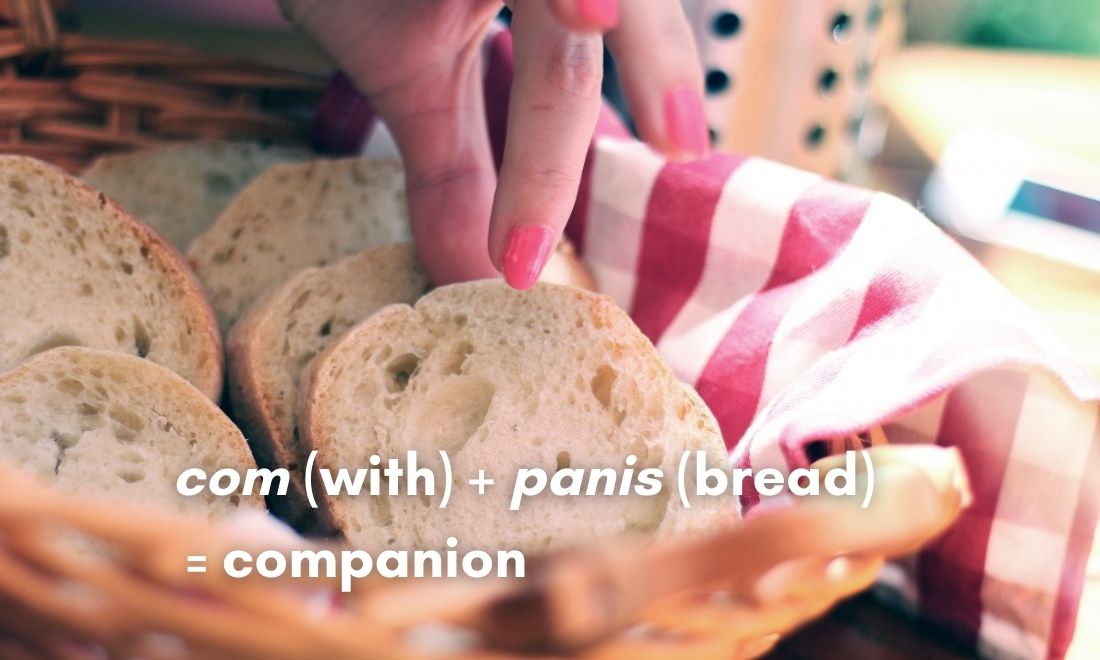 The etymological marriage between food and love

In her workshop on the etymology of food, taking place this Friday, linguist and language teacher Tato Martirossian tells us why is sharing food literally the best way to make friends, and what salt has to do with your salary and your salsa moves. In this blog she gives a sneak peek of this event.

Virginia Woolf famously said that “one cannot think well, love well, sleep well, if one has not dined well.” And we have etymological proof to back up the idea that food and love are actually one. But before we come to that conclusion we need to go back in time, specifically to 1066, when the Normans – from Normandy, northern France – came across the Channel and conquered the Anglo-Saxons in England after a big battle. They brought with them their dialect of French and mixed it up with Old English, and that’s why almost a third (!) of Modern English vocabulary has a French origin.

The Normans were now in power, so they introduced a lot of vocabulary connected to court and jurisdiction (majesty, justice, government, liberty etcetera). With pairs of synonyms, the word with the French origin is often reserved for an elevated style: compare for example ‘liberty – freedom,’ ‘chamber – room’, ‘purchase – buy’ and ‘amorous – loving.’ The more posh sounding ones are the ones that were brought in after the Norman conquest.

The Normans also passed on some eating habits. And when it comes to meat, a specific type of distinction came to exist in the English language. The local Anglo-Saxon farmers had cows, sheep and pigs, but when these animals were killed and served in a sophisticated Norman banquet, they became ‘beef,’ ‘mutton’ and ‘pork’ – all loaned from French. So it happened that living flesh and animal flesh to be used as food were linguistically separated. And while the Anglo-Saxons were eating with their friends, the Normans were ‘dining’ with their ‘companions.’ Actually, the word companion is literally someone you share your bread with (from Latin com which means ‘with’ and panis which means ‘bread’). And speaking of bread: baguette is French for ‘stick,’ ciabatta is Italian for ‘slipper,’ bagel is Yiddish for ‘ring,’ and focaccia is ultimately from Latin ‘focus,’ which originally meant ‘fireplace.’ But let’s bring our focus back to meat.

Until the late Middle Ages, meat used to mean food of any type. So there was ‘green meat’, which was vegetables, there was ‘white meat’ which referred to dairy products and there was ‘flesh meat’ which over time became simply ‘meat’. This process, where the meaning of a word becomes less general or inclusive than its earlier meaning, is called ‘semantic narrowing.’ Other examples: starve means ‘to die of hunger’ nowadays, but in Old English it meant more generally ‘to die’ (think of the Dutch word sterven), and girl used to refer to a young person of either sex, before narrowing its meaning to ‘female child.’ The word mate on the other hand, underwent ‘semantic broadening.’ Now the word means ‘friend’ or ‘(sexual) partner,’ but mate actually started out as literally someone you share your meat (food) with.

So whether you’re spending time with companions, chilling with mates or mating with a partner: etymologically speaking you’re engaging in an act of food sharing. And whether you’re nurturing a loved one or nourishing a relationship: both words originate from nurtire – ‘to feed.’ But we don’t need linguists to tell us that love and food are intertwined. Be it in the act of sharing, the sensuous experience of pleasure, or the simple fact that both are essentials of life – we all know that food is love and love is food. And as Charles Schulz put it: “All you need is love. But a little chocolate now and then doesn’t hurt.”

Read also Tato's blog about the origins of the words we use for love, sex and gender: 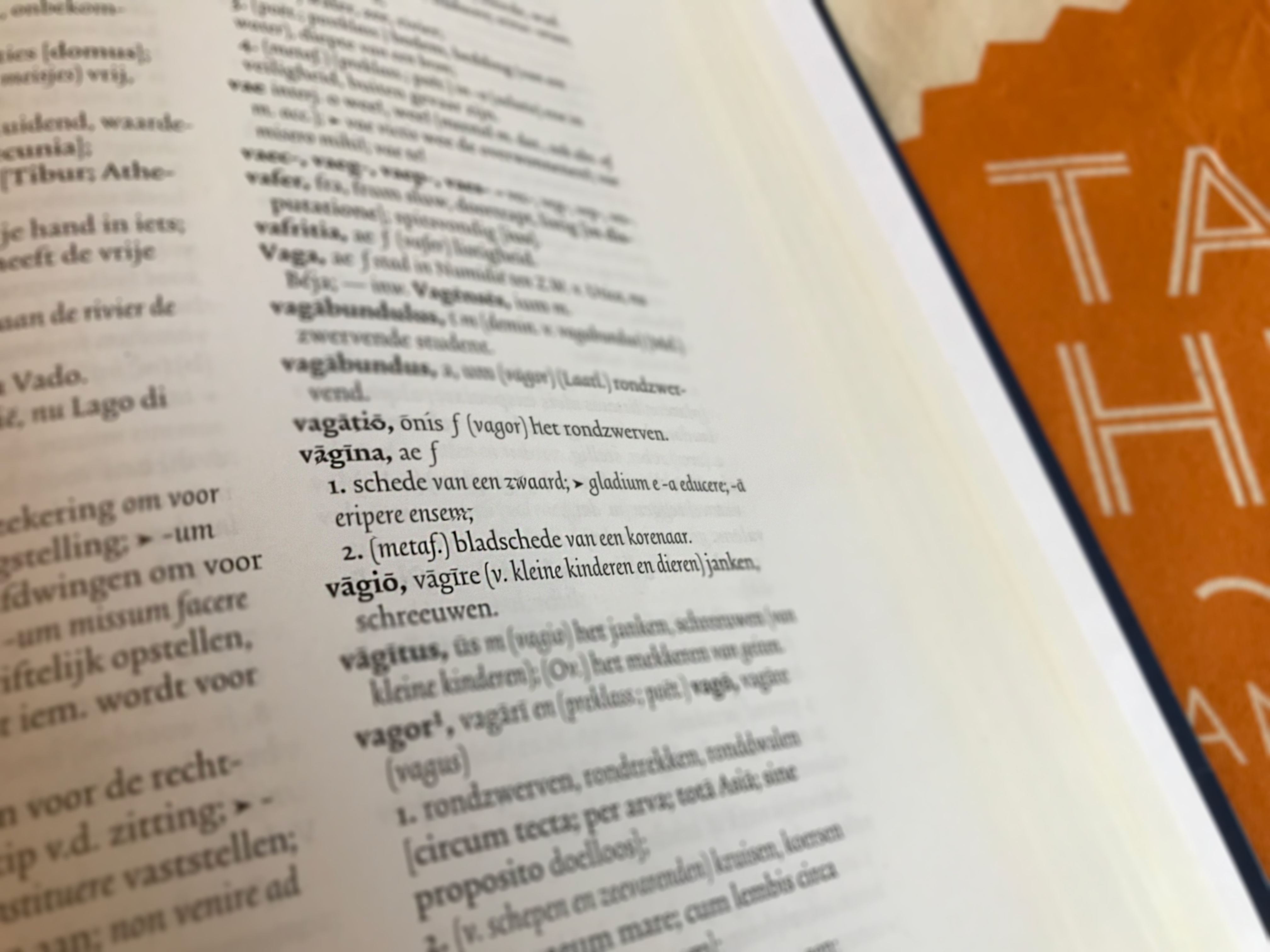 The story of a very delicate monosyllable