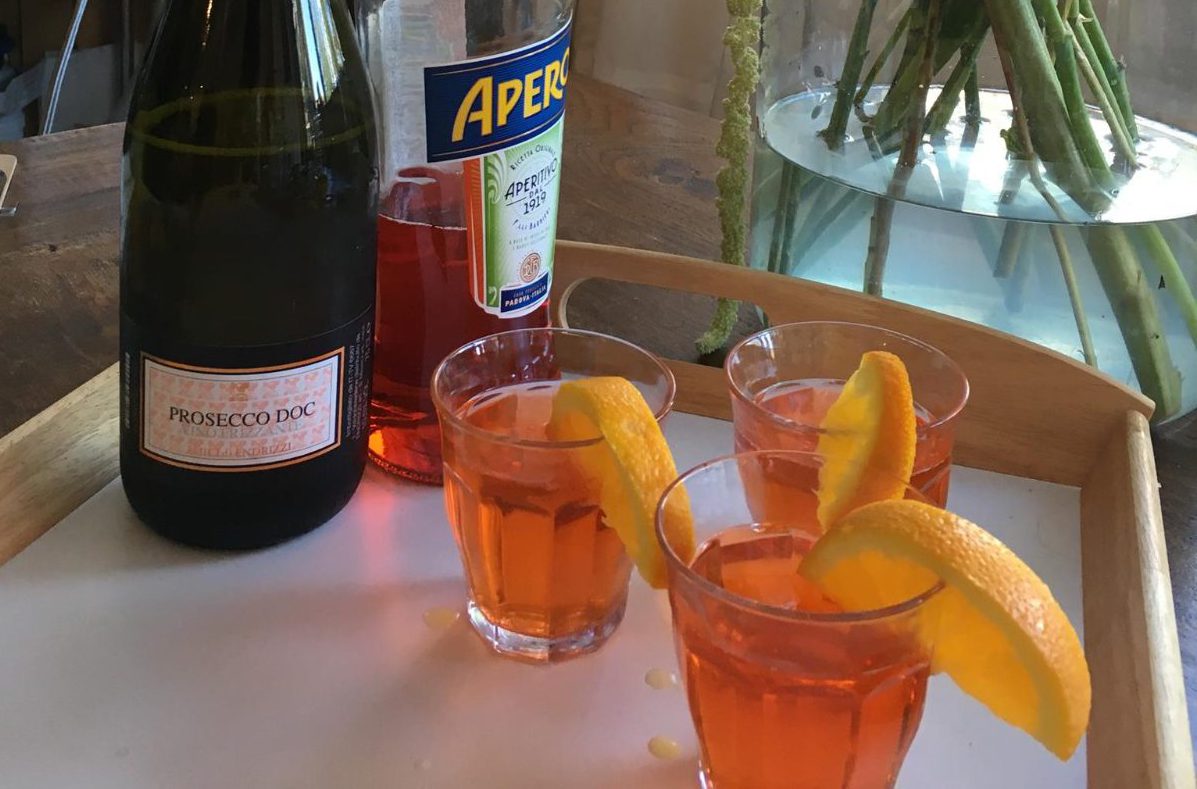 You may already know that, but the Aperitivo was born in Torino in 1786. It was a liquor made by Antonio Benedetto Carpano, then called Vermouth. Vermouth was more bitter than other liquors and people used to drink it before eating. In fact, the word aperitivo (and the French aperitif) comes from the Latin aperitivus (the verb is aperire, to open, aprire in Italian), i.e. something able to start your sense of hunger. Eventually, despite being a word for bitter drinks, in Italy we started using it to refer to our social ritual of a little buffet with something to drink before dinner. Something we really dig.

So, here is a selection of Italian songs to use as a soundtrack while you’re enjoying your Spritz or your Prosecco with your friends.

You’ll find two songs sung by Ornella Vanoni, one of the finest female voices in Italy. The first one is a bossa nova recorded last year together with Colapesce e Dimartino, ironically called Toy boy (she’s 80 now), while the second one, Ti voglio (I Want You) is from the 1977, and it is a nice example of Italian disco music.

When we think of Italian soundtrack composers, the first name is obviously Ennio Morricone. Nevertheless there are several musicians from the same era whose soundtracks are worth listening to. One of these is Piero Piccioni. Tumba Petticoat is from the movie Le coppie (The Couples), 1970.

The playlist goes on with the retro soul of Nina Zilli and Giuliano Palma. The song 50mila Lacrime (50 Thousand Tears) could have been written in the 60’s, wasn’t for its modern arrangement, recorded in 2009. Questo dolore è amore per te they sing, ‘my pain is nothing but my love for you’.

Essere in alto mare (To Be in Deep Waters) means to be in trouble. This song by Loredana Bertè (1980) was written in a time when the yuppie culture was starting to rise and talks about two people who don’t want to live in a society like that and want to leave Come due uccelli da ammazzare/Piuttosto che tornare giù/Per dirsi non si vola più (‘like two birds bound to be killed/Rather than come back down/Only to realise that you cannot fly anymore’). The rhythm is irresistible and the record sold well both in Italy and in the Netherlands.

In 1979 Donatella Rettore recorded the hit single Splendido splendente. A typical Italo disco from those years, but the lyrics are something completely different. It’s a critic of the cosmetic surgery, that back then started to be in fashion, and of how easy it was to access that. In time her music became also very popular in the Italian queer culture.

From a more contemporary selection we have Liberato (2022). His mix of R&B and auto-tuned rap together with the curiosity brought by his being anonymous quickly turned him (them?) in a musical phenomenon. Nun ce penza’ (Neapolitan for ‘don’t worry about it’), is taken from his new record and sounds fresh and contemporary. As for the language it goes with things like this Nun putimmo fá chesto forever (‘we cannot keep doing this forever’). The usual charming mix of languages that you hear in our playlists.

Io questa notte ti bevo senza mangiare e mi ubriaco di te (‘tonight I’ll drink you without any food, so I’ll be drunk on you’). One of the rhymes from Dargen D’Amico’s latest single, Ubriaco di te (2022). After years spent being a cult among the rap enthusiasts, he is now enjoying a wider and well deserved fame. Both the music and the lyrics of the song sounded right for an aperitivo.

Closing the selection, we have to quieter songs: Washington (1984) by Lucio Dalla and Lucy (2021) by Venerus. Two pilots – one from Japan and one from The States – about to collide after having survived an atomic explosion. Ogni piccolo movimento spara/prima che l’altro faccia lo stesso con te (‘shoot as soon as something moves/before they’ll do the same to you’), a dance song about the nonsense of the war, by one of the most brilliant Italian songwriters ever. Finally, Venerus is one of the most promising new Italian artists, with a fresh mix of nu-soul and R&B.

Enjoy your aperitivo and drink responsibly!

We have more playlists! 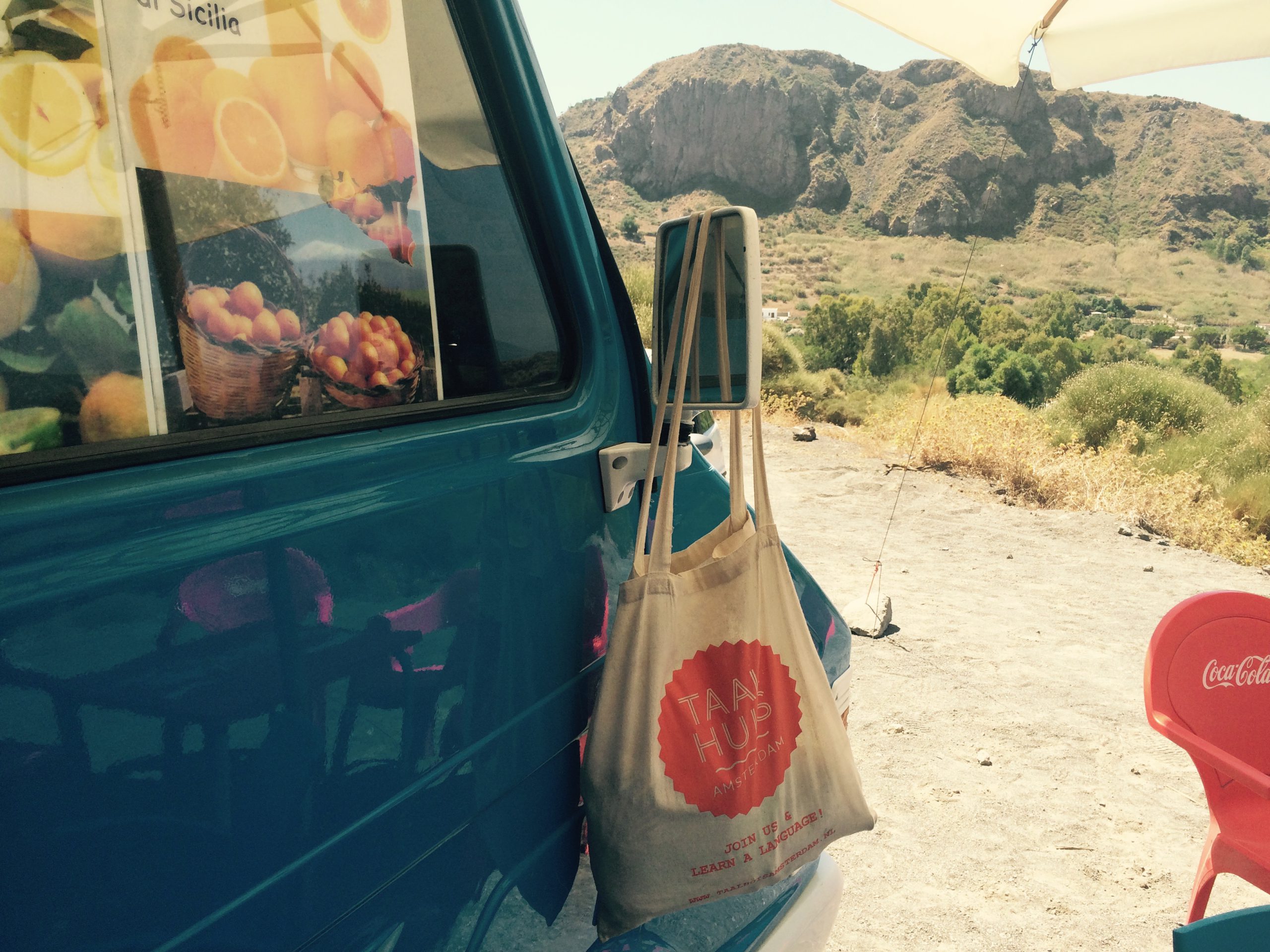