Meet our student Zach, who founded his own company thanks to Taalhuis - Taalhuis Amsterdam 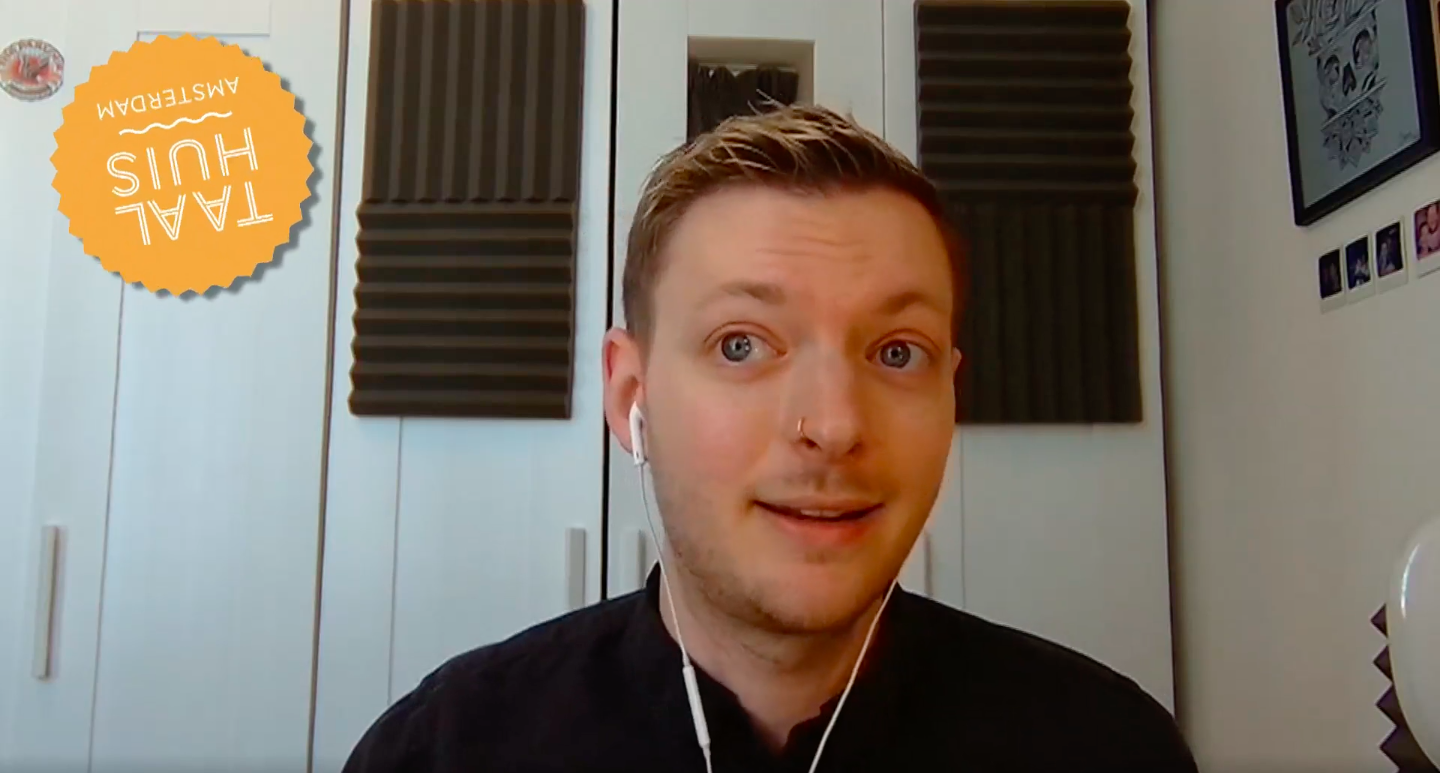 Meet our student Zach, who founded his own company thanks to Taalhuis

Taalhuis Amsterdam is not just a place where you can learn a new language, but also a great opportunity to meet new people. Our student Zach Grosser even met the first employee of his company Zacht Studios in his Dutch class – a company he wasn’t even planning to set up by then. “I really don’t know if I would have a company today if it wasn’t for Taalhuis”, he tells us via Zoom.

In 2018, the year after he moved to Amsterdam, he decided it was time to learn Dutch. “Our group did bond pretty well. After a couple of weeks we started going to a bar after our class, and getting to know each other better.”

One of his classmates was Dona Popovici, who was working as a marketing content manager. She was looking for 8 to 10 more hours of work a week. Zach, on the other hand, had more work than he could finish. He just started doing some freelance work in presentation design, which he just wanted to do for three months, before searching for a new job in Amsterdam. “But I’ve kept getting inbound work”, he says. “It never stopped.”

“We signed a formal agreement at a bar”

So it was the perfect storm, as he puts it himself. “Her experience was perfect as well: she had some design background, and had been working in marketing. We had a great time hanging out and getting drinks as well. In January 2020 we signed a formal agreement at a bar.”

In the end Zach never worked for another Dutch company as he was planning, but he founded his own: Zacht Studios, which is based in Amsterdam and focuses on company storytelling and fundraising. Dona became his first employee – her title is content director. Within a couple of months, they hired another person, and now they are with five people in total.

So their office language is Dutch? Not quite. Only Zach and Dona are based in Amsterdam – their colleagues live in Portugal, Canada and the San Francisco Bay Area, so it makes more sense to speak English in the foreseeable future.

That doesn’t mean they aren’t trying to. Zach took a pause though, when the pandemic started. “My partner was studying at Taalhuis, but she found it more challenging to do those lessons via Zoom – breakout rooms are not the same as the in person side conversations, at least for her. I imagined I’d have a similar experience, and that’s actually why I signed up for private lessons, to still have an in person dialogue.”

“Internally we joked about a slogan: hard problems, zachte answers”

For those who haven’t noticed yet: his company name Zacht is not just a word play with his own name, but also means ‘soft’ in Dutch. “Back then I was just founding a business to sponsor my own visa – I needed a BV”, he explains. “It was just a formality, and I didn’t expect it would be a name anybody else would know other than my accountant. But when I started freelancing I already had the BV structure, so it was kind of perfect.”

As soon as he started the business with Donia, Zacht Studios became the public name of their company. “Very few clients actually get it, because most of them don’t speak Dutch, but a German client was like: is that Dutch? And then we’d say: yes it is! But most people think I named the company after myself, and then I’m like: not really. Internally we joked about a slogan: hard problems, zacht answers.”