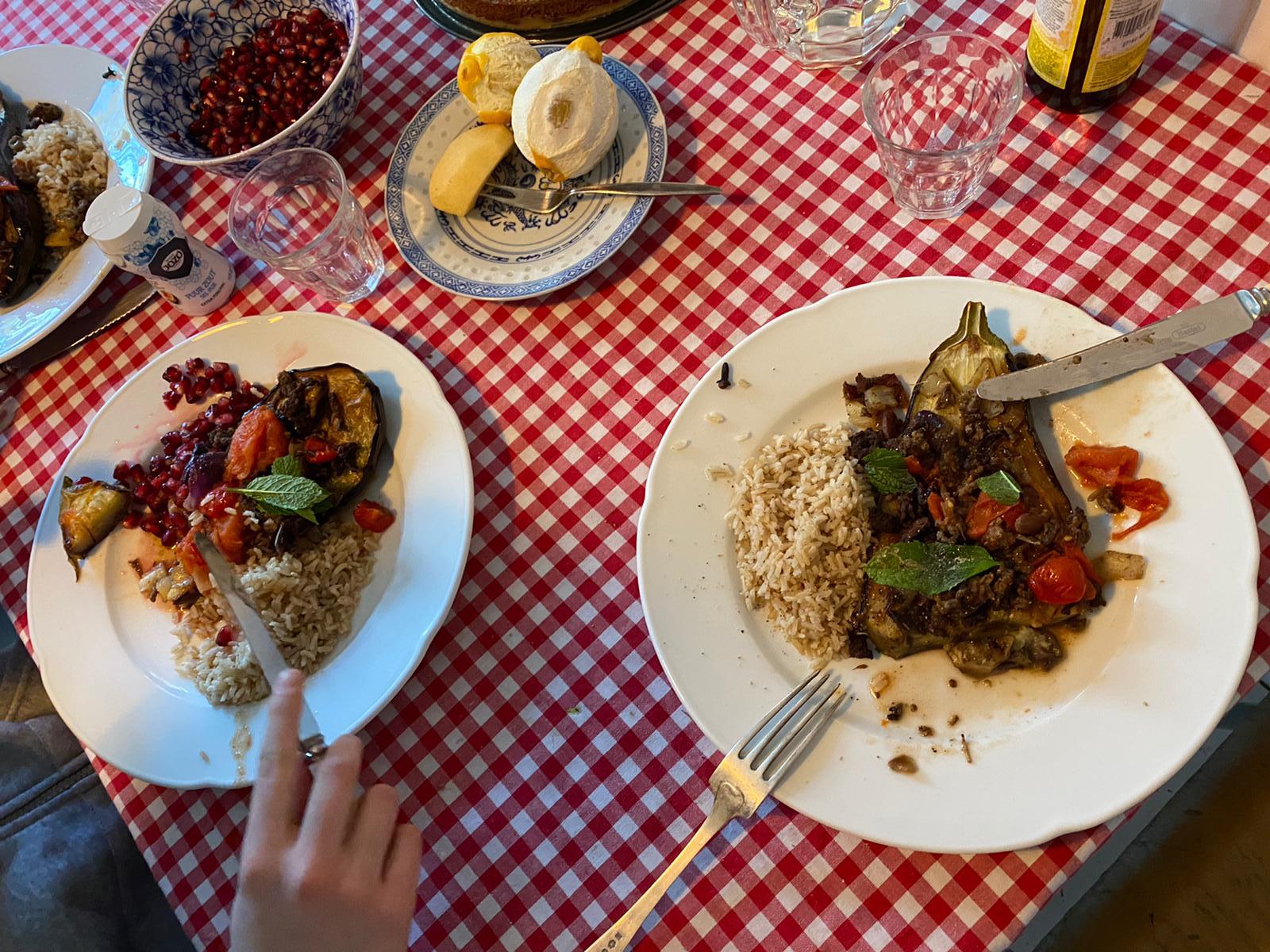 During lockdown, we kept on organizing our cooking events under the motto “When life gives you avondklok, become an avondkok”. So on a day in March, the Taalhuis kitchen was filled with smells from the Levant.

Yahia, our beloved chef from Lebanon, shared his delicious recipe for the popular Lebanese (and Levantine) dish: Sheikh el Mahshi! Together with our Levantine Arabic teacher, Hilda, the participants learned how to cook this super delicious dish, along with learning the Arabic words for the different ingredients.

MaHashi (irregular plural of MaHshi, meaning stuffed vegetables) are a very popular way of cooking in West Asia and parts of North Africa. Instead of chopping the vegetables (khodaar) and cooking it next to rice (roz), we use the vegetable as a container to hold in the filling (Hashwé).

The word ‘Sheikh’ in Arabic is an honorific title. It is commonly used to refer to a Muslim religious man (sheikha for a woman). It is also used in colloquial to signify a high esteem or position, such as Sheikh el shabaab (the most youthful of the youth)!

So can you now figure out why this dish is called Sheikh el mahshi? It got this name because it is considered to be the most luxurious type of MaHashi, with the primary use of meat (laHmé) in the filling instead of rice.

Are you now curious to know the recipe (waSfé)? 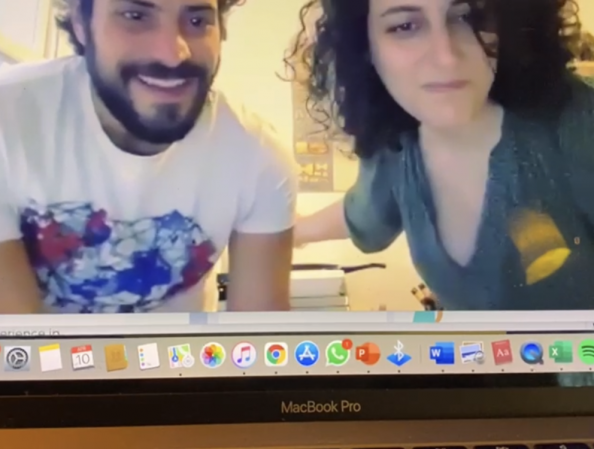 Cut the aubergines lengthwise into two pieces. Make diagonal incisions on the flesh side of the aubergine pieces. Pour the sunflower oil into a wide pan and place it on medium fire. Put the aubergines into the oil with the flesh side down. You want to slowly fry-cook the aubergines until they get a golden color. In the meantime, prepare the filling. In another pan, cook the minced meat until it is all evenly brown. Then add the chopped onions on top and cook them well together. When everything is cooked add the cinnamon, salt and black pepper and mix well. If you are making the vegetarian version, double the amount of onions. Chop them into small pieces, then cook them in a pan until they are soft and caramelised. Remove them from the heat, then add on top the walnuts chopped into small pieces and the cinnamon, salt and black pepper. Make sure to add the walnuts when you turn the heat off, otherwise they will become bitter in taste. 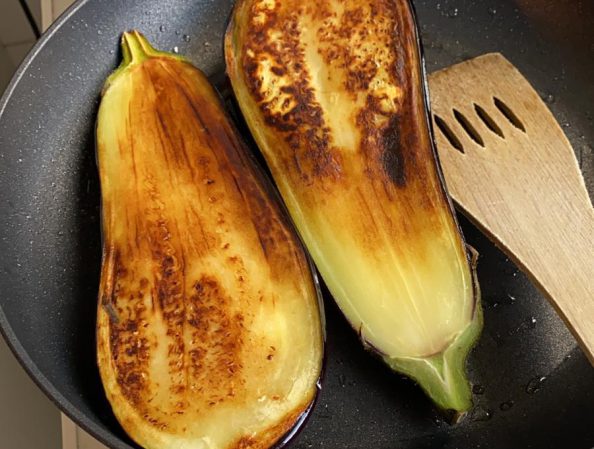 At this point, heat up the oven to 200ºC. After the aubergines are golden and soft, and fried on both sides, place them in an oven dish flesh side up. Using a fork, press on the flesh so that you make a hole into which you will place the filling. Put a portion of the filling into each aubergine. Then distribute the chopped tomatoes over them and around to fill the entire oven dish. In a separate bowl, mix the tomato paste with hot water in order to make a thick tomato sauce. Add salt to the tomato sauce and pour it over the sides of the oven dish. Crush the garlic, and spread them on top of the filled aubergines, then sprinkle the dried mint and the pine nuts on top. Now you are ready to place the dish into the oven. If you do not have an oven, you can cover the dish with aluminum foil and cook it on the stove on medium-low heat. Leave the dish in the oven for 30-45 minutes. In the meantime, make the rice. In a pot, add a tablespoon of olive oil and a cup of washed basmati rice. Mix the rice in the oil so that they are coated in oil. Then add 1.5 cups of boiled water on top, add a sprinkle of salt and mix them all together. Here you can add 2 cardamom pods, or 2 pieces of cloves, or 1 laurel leaf to enhance the flavour of the rice, but it is totally optional. When the water starts to boil, cover the pot with a lid and leave on low heat for 7 minutes. After that, uncover the lid, and use a fork to fluff the rice.

When everything is ready, place the aubergine in a plate, next to it the rice, and decorate with fresh parsley leaves!

Make sure to join our next Lebanese Avondkok on 24 April!

Want to learn more of our 'Taalkeuken' recipes? 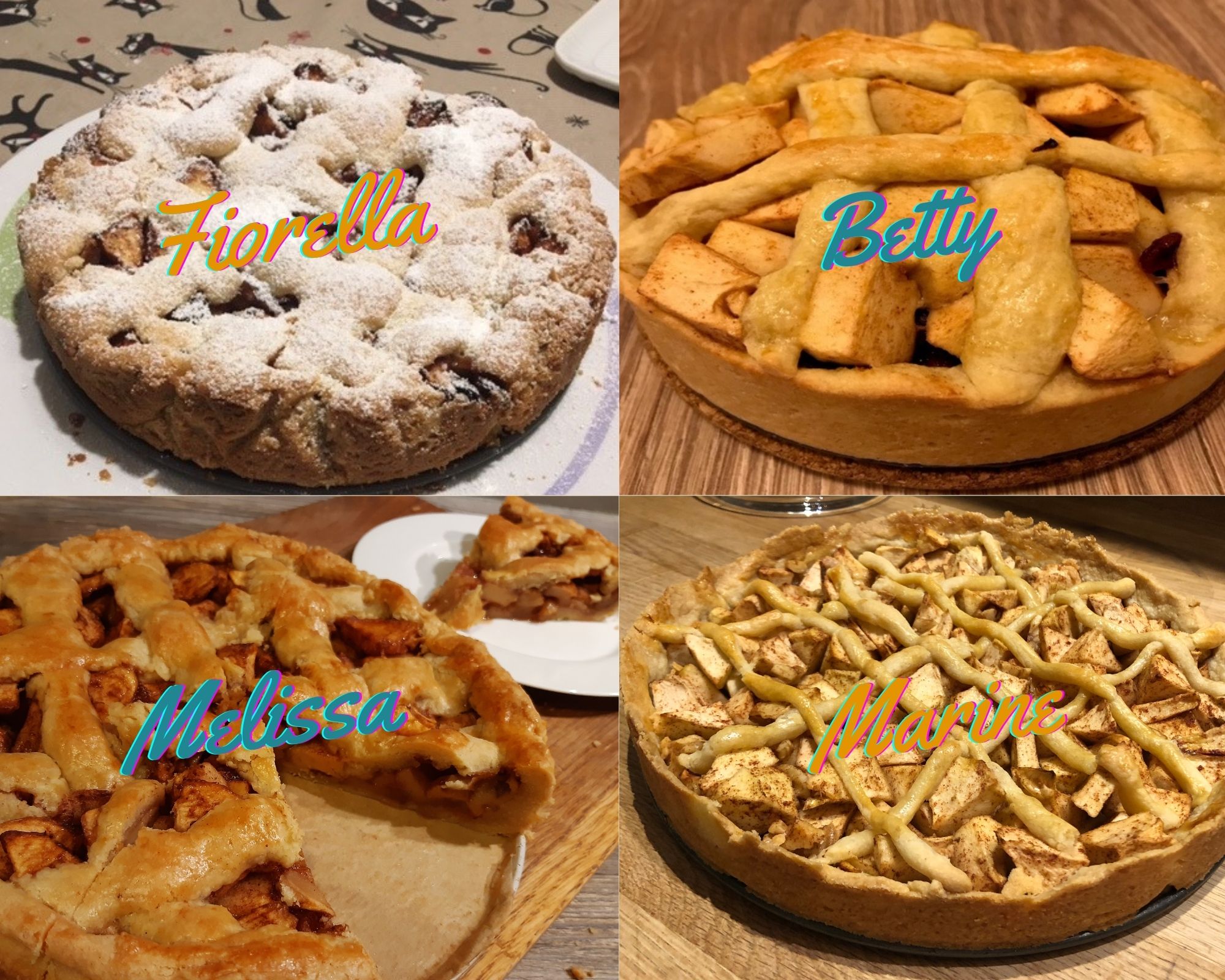 How to make Dutch appeltaart

When live gives you 'avondklok', become an 'avondkok' and make... appeltaart!