Mother Language Day: How our teachers speak with their children 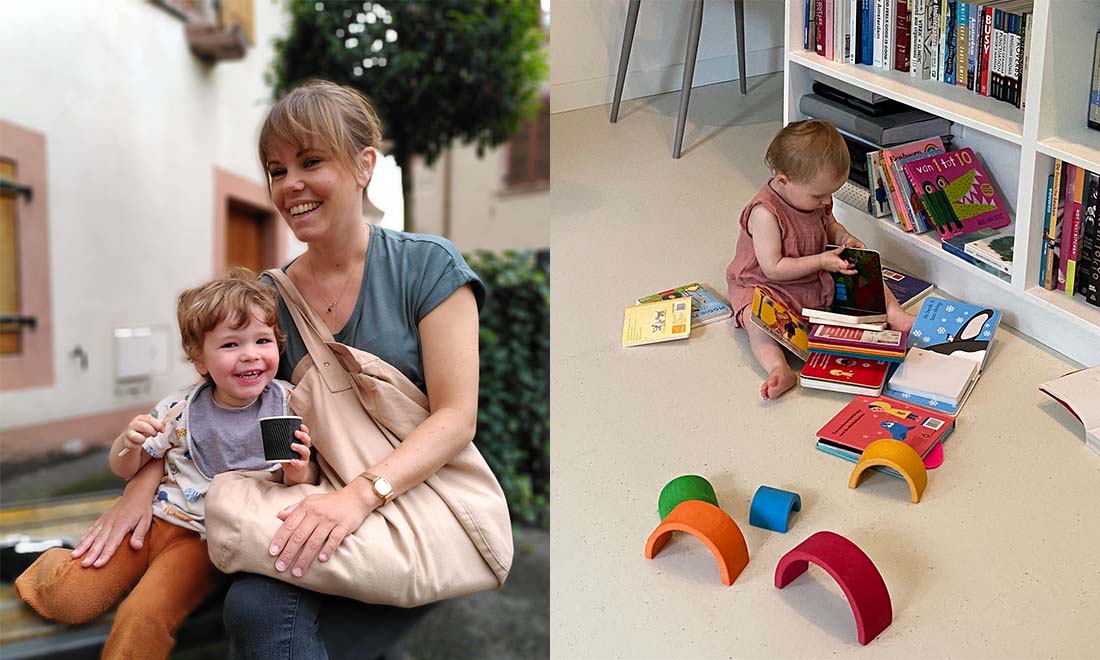 Mother Language Day: The languages our teachers speak with their children

Today is Unesco’s International Mother Language Day. A good excuse to ask our teachers Willemijn (Dutch) and Alma (English), who are also mothers, to tell us about the language they speak with their children. In the above photo you can see Willemijn with her son Otis on the left and Bella, Alma’s daughter, on the right.

I love the way children talk; it’s cute, original and to the point. My husband and I both talk A LOT, so it’s not a surprise that our 3 year old son Otis is yapping all day long. Most children are parrots too, and he’s no exception: when he sees us getting frustrated about something, he smiles and says in a cutesy voice: “Pick your battles!” Or when he feels there’s a bargain to be struck, he’ll say, in a business-like tone like us: “Mama, ik wil iets met je afspreken.” (“Mommy, we need to agree on something.”)

Upon finding out I was pregnant with our daughter, I figured I would be speaking English with her and my Dutch husband would communicate in Dutch. I was born in Serbia (former Yugoslavia) and immigrated with my family to Canada when I was 9 years old, moving again to the Netherlands at the age of 20. Although Serbian is my first language, I often consider English my mother tongue as this is the language I use to emotionally express myself and the language in which I was schooled. My heart is split in three equal pieces as no place feels more like home than the other, for different reasons.

It came as a surprise to me that once our daughter, Bella, was born I had a strong urge to use Serbian to communicate with her, despite my limited vocabulary. Coincidentally my husband felt inclined to speak to her in English as this is the language we use to communicate in our household (luckily he’s fluent; sometimes strangers mistake him for a true Canadian). Bella is being taught Dutch at her daycare and her grandparents also use Dutch to communicate with her, so she’s truly being raised trilingually.

Her passive language is remarkable; she can easily differentiate between three languages even though she hasn’t quite reached the point of coherently speaking yet. She’s slowly accumulating a unique vocabulary of her own and prefers words like ‘auto’ and ‘papa’, which are seamlessly used across all three languages. I’m forever grateful for having this opportunity to pass down my Serbian heritage to Bella, and our future son, while simultaneously integrating aspects of the Dutch and Canadian culture into their upbringing. My greatest wish for my children would be that they experience a sense of belonging anywhere they go.