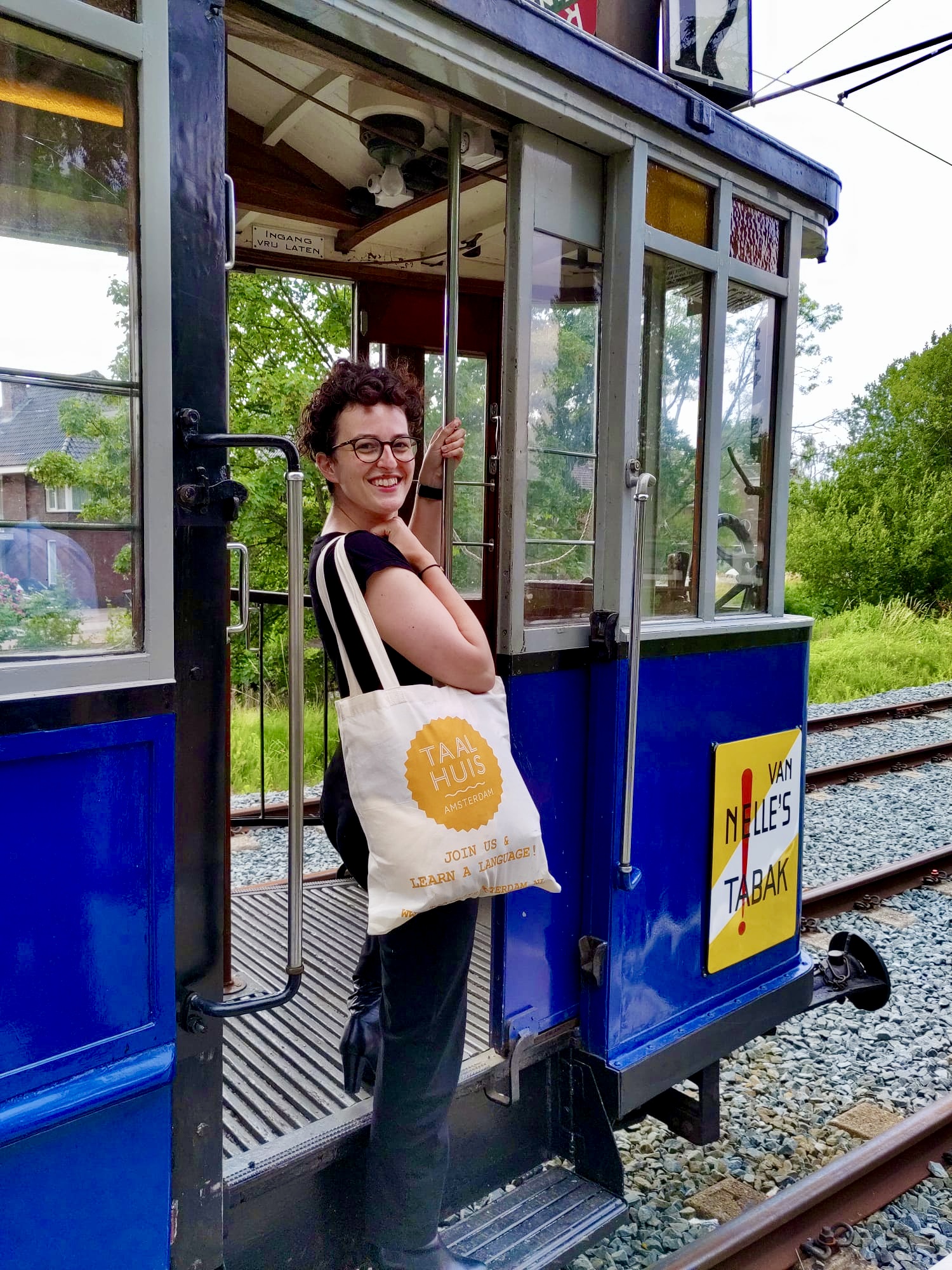 Lieke studied classical languages, German and literary studies. She started teaching Latin and Dutch at Taalhuis Amsterdam in 2021 and is also responsible for the lecture series Over Oude Talen (About Ancient Languages). After a day of being a huge linguistics nerd (which is to be expected from someone with degrees in three languages), she enjoys winding down by playing geography quizzes and knitting socks while watching Star Trek. Lieke is about ten times more likely to read anything if the title contains a pun.