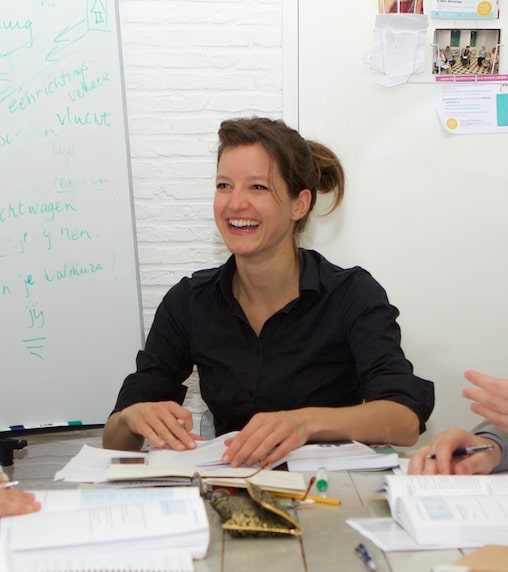 Myrte studied Latin and Ancient Greek and Modern Greek in Amsterdam and Athens and is in love with the Mediterranean and the languages (but also the dishes, songs and coffee) from this area. She has been teaching Modern Greek and Dutch for more than ten years. Usually the lower levels for Greek (after that her native speaking colleagues take over) and from A1-C1 for Greek. And she loves to go on trips with Taalhuis groups to collect words and memories.

Before co-founding Taalhuis Amsterdam, she used to accompany group trips to Greece and she worked for the Cypriot embassy. She hopes to help her students to feel comfortable in a new language, experiment and enjoy the ‘magic’ process of learning new things.